That much has been stated in the news, as it has already been reported that the Patriots quarterback is angry at management from getting rid of the Pro Bowl receiver after just one game.

And if the reports weren’t enough to convince you of Tom’s strong feelings for AB, his social media activity should do the trick.

Early on, we saw Brady post hearts in the comments section on one of Brown’s post, before liking another.

And this time we have TB12 commenting on how impressive Brown looks in a video he posted of himself running a route against a defender.

And here’s the exchange between Brown and Brady in the comments section: 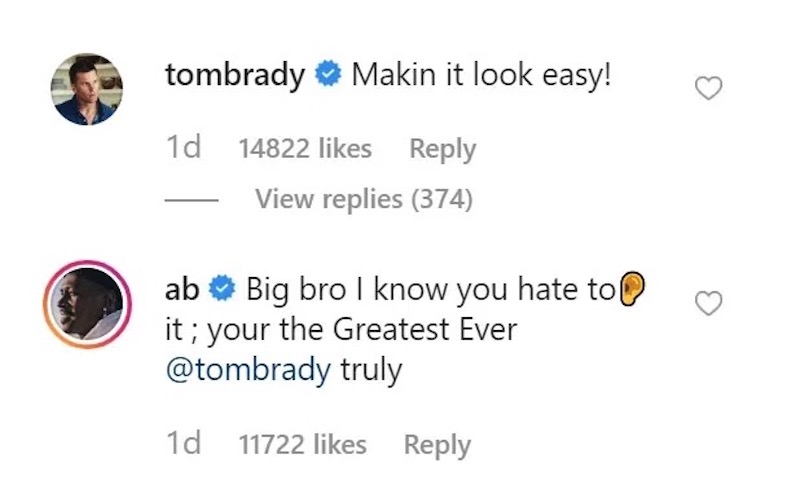 These two clearly miss each other. Maybe they’ll reunite in Los Angeles when Brady joins the Chargers in 2020.