Terrelle Pryor came so close to death a few weeks ago when his girlfriend Shalaya Briston allegedly stabbed him during a wild altercation in their apartment. He was listed in critical condition and could’ve lost his life that night, if not for his girlfriend caring a little bit about him to take him to the hospital as soon as possible.

To be fair, it has since been reported by Pryor’s lawyer that Briston and her friends drove him to the hospital, but would shove’ him out of the car and onto the sidewalk to fend for himself from there.

Briston has been charged with attempted homicide and aggravated assault, while Pryor caught a misdemeanor assault case.

On Wednesday, the free agent WR took to social media and shared photos of the 30 staples that were needed to close his stab wounds. 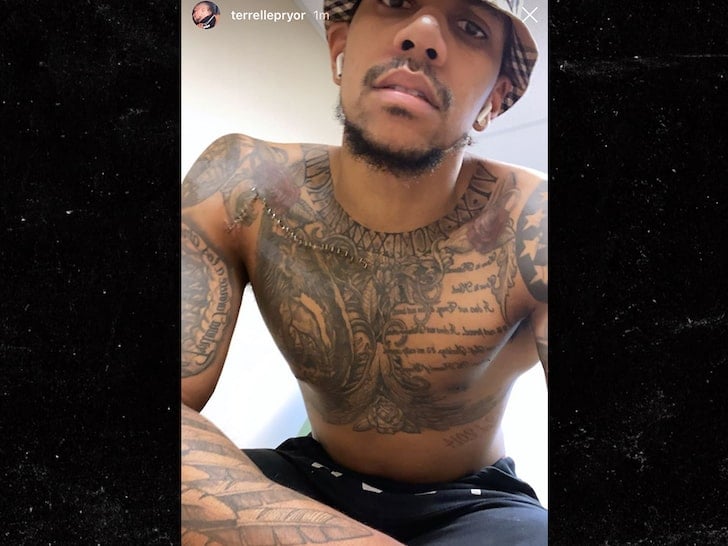 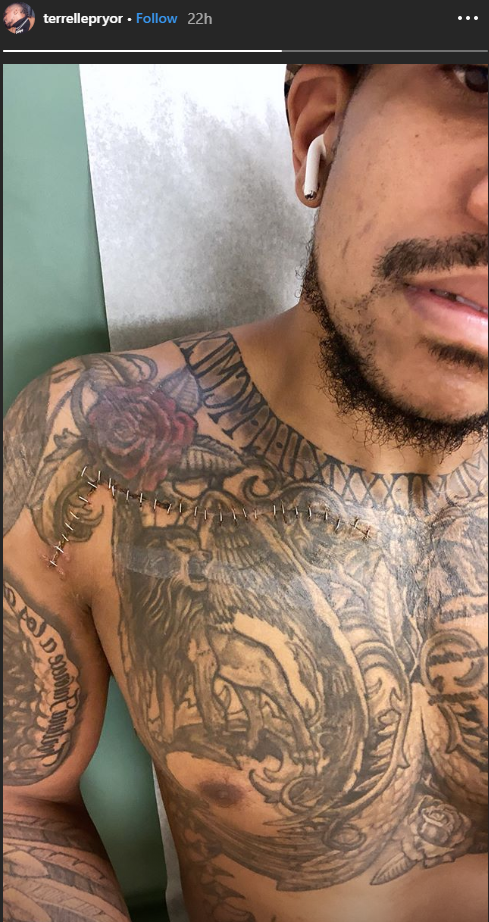 Despite all of that, he still campaigned for his girlfriend to get release from jail, and it was actually granted at his request.

He should consider himself lucky to be alive, especially considering the fact he lost 3.5 liters of blood during the alleged attack.

VIDEO: Revisiting the Amazing Moment Patrick Mahomes Shared With His Father After the Super Bowl

REPORT: TWO TEAMS HAVE SHOWN MOST INTEREST IN TRADING FOR LE’VEON BELL

October 29, 2019
0
JARVIS LANDRY & ODELL BECKHAM JR. FIRE BACK AT REPORTS THAT THEY WANT OUT OF CLEVELAND (VIDEOS)
JAMIE FOXX DROPS AN A-1 IMPERSONATION OF SHANNON SHARPE FOR TALKING ABOUT HIS COWBOYS (VIDEO)
TRENDING
Latest Posts