Josh Norman won’t be able to live this down for quite some time.

On Tuesday Night Football, the Buffalo Bills cornerback became an instant meme and put on Derrick Henry’s highlight reel after the Tennessee Titans running back stiff armed him straight off his feet and over to the sidelines.

Norman, at 6-feet and 200 pounds, was no match for Henry, who is 6-3 and 247 pounds. After the game, Henry was asked about the play and said it was partially a result of his focus on arms during his workouts.

“I have been doing too many curls,” he said said, according to Sports Illustrated. “I have to lay off the arms.”

Somebody actually took to Wikipedia as well and gave Norman a savage update: 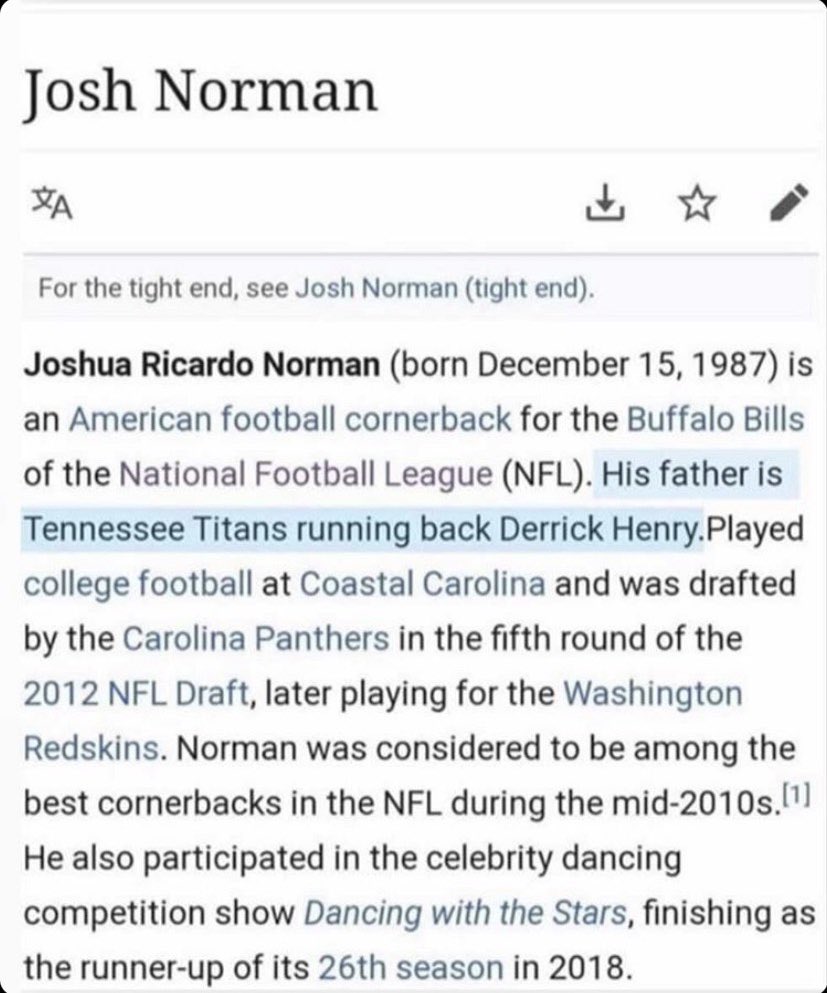 This Russell Wilson-Raiders Trade Seems Insane But Could Actually Happen