Former Texas Longhorns and University of Mississippi quarterback Jevan Snead was found dead at age 32, according to reports. Police are investigating his death.

Snead, who was later signed and cut by the Tampa Bay Buccaneers in 2010, died overnight on Sept. 22, police told KVUE in Austin.

Police are investigating but do not suspect foul play.

Officials with the Austin-Travis County Emergency Medical Services told the Austin American-Statesman that officials responded to a call at 9:08 p.m. on Saturday about entering a locked apartment or car. 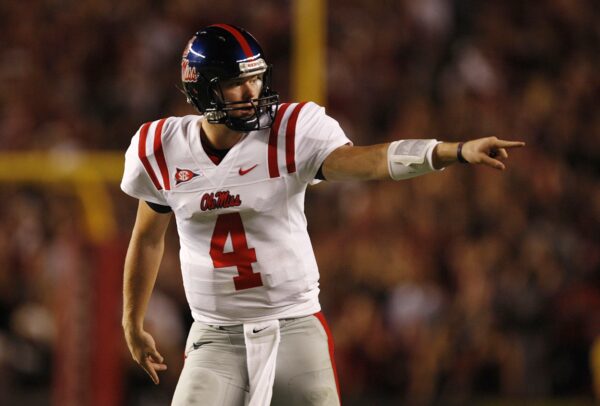 Paramedics were deployed to the scene for an “an obvious DOS (dead on scene),” the paper reported.

“Very sad day with news of the passing of former Texas QB Jevan Snead,” University of Texas officials said, according to the newspaper. “Our thoughts and condolences are with his family and friends during this difficult time.”

His LinkedIn profile said he was working in Austin recently, according to the paper. KVUE also reported that he worked as a managing consultant.

“One of the top recruits coming out of Stephenville High School in 2006, Snead competed with Colt McCoy for the starting job after Vince Young’s departure from Texas. Snead ended up playing in eight games in 2006, completing 26-of-49 passes for 371 yards, two touchdowns and two interceptions,” Sports Illustrated said, detailing his career.

Other details about his death are not clear.

NFL fans had lots of jokes about Ellen sitting next to George W. Bush at Cowboys game

October 17, 2020
0
PETE CARROLL HAD HIS NOSE BUSTED AFTER BEING SMASHED IN THE FACE DURING WARMUPS (VIDEO)
Jalen Ramsey calls in sick to work, still wants Jaguars to trade him
TRENDING
Latest Posts