/ News&Rumors / Could the Vikings Deal Dalvin Cook and Anthony Harris In Blockbuster Trade?

Could the Vikings Deal Dalvin Cook and Anthony Harris In Blockbuster Trade?

Both the Minnesota Vikings and New York Jets are dealing with players who are currently disgruntled with their current teams.

Vikings running back Dalvin Cook has been absent from virtual team meetings and is threatening to also hold out from training camp if he’s not offered a “reasonable” contract extension. Jets All-Pro safety Jamal Adams recently demanded a trade last Thursday after an ongoing contract dispute with his team as well.

While the Vikings aren’t on Adams current list of prospective teams he’d like to join, FanSided’s Braulio Perez entertained a blockbuster trade between the two franchises that “makes sense.” 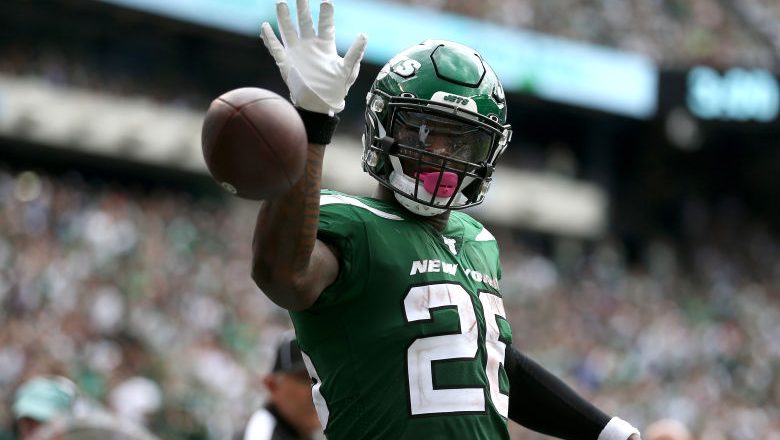 The Vikings recently cut ties with many household names this offseason to create cap space and could find themselves having to do the same with Cook and Harris, who was franchise-tagged this offseason and will be looking for a contract extension next year after leading the NFL in interceptions.

Adams and Bell simply are seeking new horizons as the Jets’ best two players on a franchise that appears to not be in a position to contend anytime soon.

“Adams clearly doesn’t want to be in town. Bell has stayed loyal to Jets fans, but he hasn’t lived up to the hype. He could use a change of scenery. As for Cook, he’s getting ready to hold out in Minnesota, with his relationship with the front office getting worse by the day.

Harris is set to become an unrestricted free agent next offseason, with it not looking likely he and the Vikes will be able to agree to a big-time extension. There’s drama involving all of these players mentioned. So, why not get them to new teams. A fresh start could benefit everyone, especially Adams and Cook.”

Does the Trade ‘Make Sense?’ 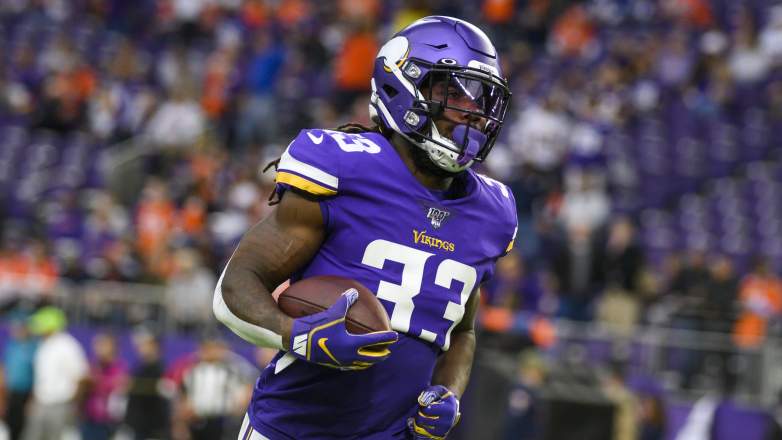 While Perez’s trade would address many of the offseason issues for both teams, it’s highly unlikely the Vikings could even sign both Adams and Bell.

Bell’s average salary on his contract with the Jets is $13 million — the same as Cook’s reported asking price.

Adams, who is swinging for the fences in his contract dispute, wants to become the highest-paid safety in the NFL. He’s also added he wants to be the Jets’ highest-paid player and one of the NFL’s highest earners on defense.

That would place him between the range of Jets linebacker C.J. Mosley’s $17 million yearly salary and Chicago Bears edge rusher Khalil Mack’s $23.5 million a year salary. If he reaches an agreement with the Jet’s, it’d likely be somewhere in the ballpark of $15 million, price tag the Vikings may have to reach with Harris next season.

Harris may be a better complementary player to Harrison Smith as a stay-at-home safety who led the NFL in interceptions last season, but Adams fits Smith’s mold as a box safety and pass rusher at 24 years old, making him another move towards younger talent for the Vikings and guaranteeing a successor to Smith’s vital role in the Vikings defense.

Overall, the Vikings wouldn’t create enough cap space to sign both players to the deals they’re currently asking for right away.

New Details Reveal Why Chiefs, Chris Jones Have Yet to Finalize Extension

Chiefs DL has great reaction to Lamar Jackson being ranked No. 1