It is such a great week for the Hunt family.

Months after watching Patrick Mahomes complete a comeback to defeat the San Francisco 49ers to win the Super Bowl, the owner signed their superstar quarterback, Patrick Mahomes, to a record-breaking contract extension on Monday afternoon.

Mahomes, an NFL MVP and Super Bowl champion, agreed to a 10-year extension that could be worth up to $503 million, which makes it the biggest deal in NFL history as well as all of sports.

“Since he joined the Chiefs just a few years ago, Patrick has developed into one of the most prolific athletes in all of sports,” Hunt said in a statement.

“With his dynamic play and infectious personality, he is one of the most recognized and beloved figures to put on the Chiefs uniform. He’s an extraordinary leader and a credit to the Kansas City community, and I’m delighted that he will be a member of the Chiefs for many years to come.”

Clark’s daughter, Gracie, posted a couple of celebratory photos on her Instagram Story.

“#GameOfMahomes” and “#ChiefsKingdom,” she wrote. 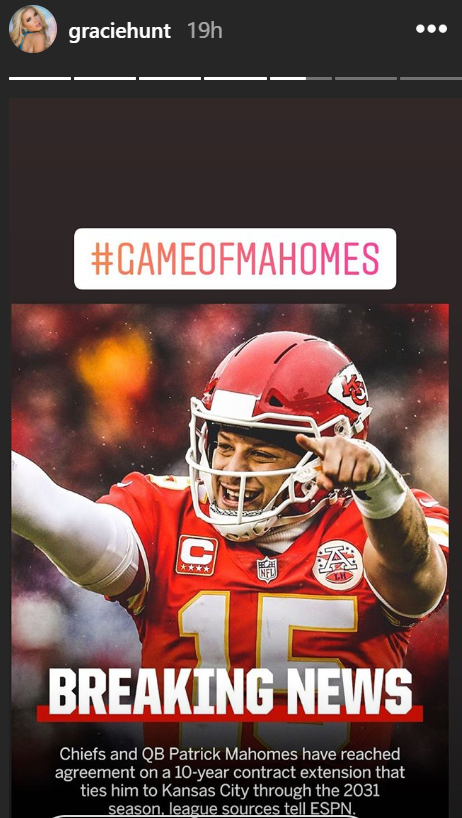 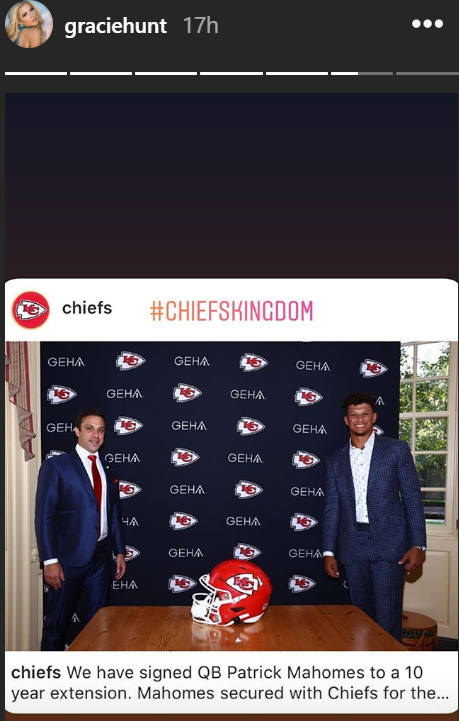 All sides won on this deal.

September 12, 2019
0
The mammoth Patrick Mahomes contract is terrible news for Jerry Jones and the Cowboys
JASON WHITLOCK CALLS OUT LEBRON, COLIN KAEPERNICK TO SPEAK OUT ON 6 KIDS GUNNED DOWN OVER HOLIDAY WEEKEND, BRON RESPONDS (TWEET)
TRENDING