The user went on to post screenshots of someone encouraging them to take down the screenshots.

Fromm was drafted by the Bills in the fifth round of the 2020 NFL Draft, after throwing for 8,236 yards and 78 touchdowns over three seasons as a starter at UGA, which included leading the Bulldogs to an appearance in the College Football Playoff final in 2017 as a freshman, falling just short to Alabama 26-23.

Fromm is expected to backup starting Buffalo quarterback Josh Allen this season, with analysts’ such as CBS Sports’ Chris Trapasso praising the Bills on getting a standout college quarterback on Day 3.

With Matt Barkley in the final year of his contract, Bills were quietly in the backup QB market. Like Barkley, Fromm wins with anticipation but has weak arm. Good pocket presence and plenty of big-game experience.

Fromm Issues Apology on Twitter
On Thursday at around 2 p.m. ET, just over half a day since the messages were put on Twitter, Fromm issued an apology on his official account.

“I am extremely sorry that I chose to use the words ‘elite white people’ in a text message conversation. Although I never meant to imply that I am an ‘elite white person,’ as stated later in the conversation, there’s no excuse for that word choice and sentiment. While it was poor, my heart is not.

Now, more than ever, is the time for support and togetherness and I stand against racism 100%. I promise to commit myself to being a part of the solution in this country. I addressed my teammates and coaches in a team meeting today and I hope they see this incident is not representative of the person I am. Again, I’m truly sorry for my words and actions and humbly ask for forgiveness.”

The Bills have not yet released an official statement since Fromm’s statement.

Ohio State’s Justin Fields Transferred From Bulldogs’ Football Team in 2019 Because of UGA Baseball Player’s Racist Comment
Back in January of 2019, it was first reported by Yahoo Sports that now-Ohio State star Justin Fields was planning to transfer from the Bulldogs after a racist comment from Adam Sasser, a player on the school’s baseball team.

“I’ve decided to transfer to Ohio State University where I will continue to pursue my undergraduate degree and play football for the Buckeyes,” Fields’ statement said.

Before leaving for the Buckeyes, Fields backed up Fromm as a freshman and rookie, but only played a minimal amount of time, completing 27-of-39 passes for 328 yards and four touchdowns.

Fields was granted immediate eligibility in Columbus, Ohio and proceeded to have a breakout season after two seasons playing sparingly at Georgia, throwing for 3,273 yards and 41 touchdowns in 2019. 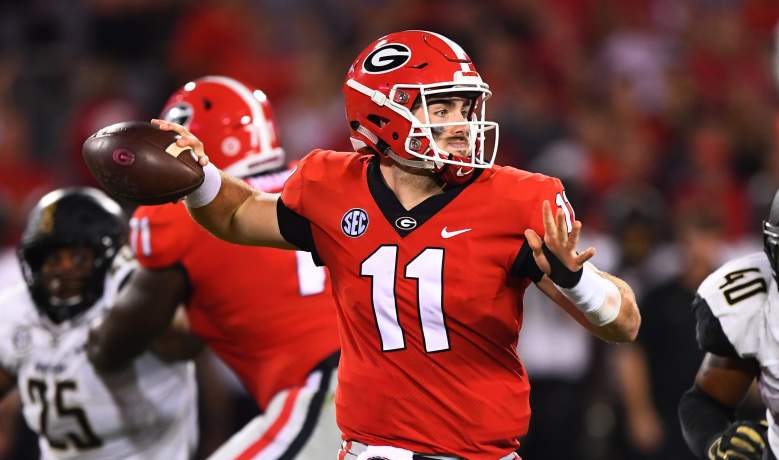 NFL DT STAR out for season with foot injury

COWBOYS FANS DESTROYS HIS TV AFTER TEAM GETS BLOWN OUT AT HOME VS. CARDINALS (VIDEO)